Get answers and recipes for the Raw Food Lifestyle here

What is the Raw Food Lifestyle?Many people think about changing their diet these days. Everybody wants to be more healthy, vital and in good shape. We hear horror stories about processed food, factory farms, GMO and… We hear about health issues, obesity, allergies and… But which is the right diet?  The raw food lifestyle is really the best way to eat nutritious, healthy and natural food.
But there are questions how to incorporate raw food into our daily life, is it tasty, is it easy to do? Get all the questions answered here and find tasty recipes to start. This is the ultimate guide to a healthy lifestyle. See also how it affects our life expectancy

All Question Answered About The Raw Food Lifestyle

Raw foods – you hear about them all the time if you visit certain cities and hang out in certain circles, but what are they? Are they healthy? Are they tasty? Is it difficult to be on a raw food diet? There are many questions to be answered, but to sum it up, raw foods are foods that haven’t been cooked above approximately 42 degrees Celsius, so as to keep the enzymes alive and they can be tasty, healthy and, of course, nakedly sexy! 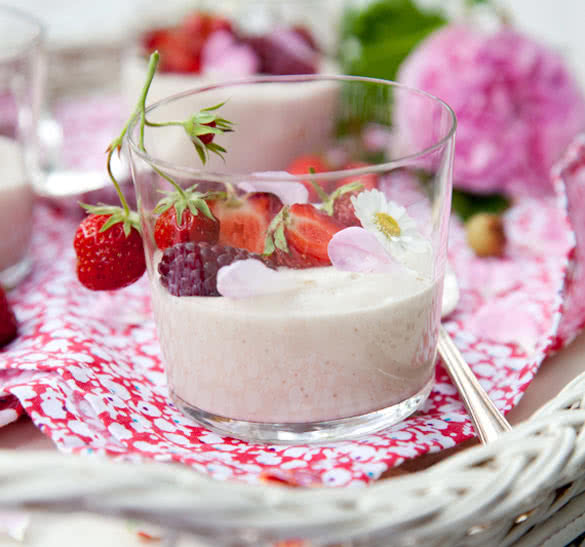 Do raw foods have to be disgusting?

A few years back I took two of my friends to a raw food place in Los Angeles. I ordered a chocolate cake and they ordered a spirulina cake. It was green and tasted like…spirulina.

If you have ever tasted Spirulina (algae) you know that it isn’t exactly cake material. You might use it as an undertone, but not as a main flavor. Not if you haven’t combined it very, very wisely with something else to balance it out. This place hadn’t. It tasted like spirulina, plain and simple. It took me weeks to convince my friends that raw foods can taste good.

Just like those who were brought up eating only Chinese food might find Swedish food strange, so can many people who eat only cooked foods find a raw food diet odd.

Many times when people make the change from eating a highly processed diet, like fast foods and unnatural sweeteners and flavoring, to a healthy whole foods diet with only natural flavors, they find that it tastes very unusual, but after eating it for a while they find that the processed foods taste strange. As humans, we adjust to what we are exposed to. 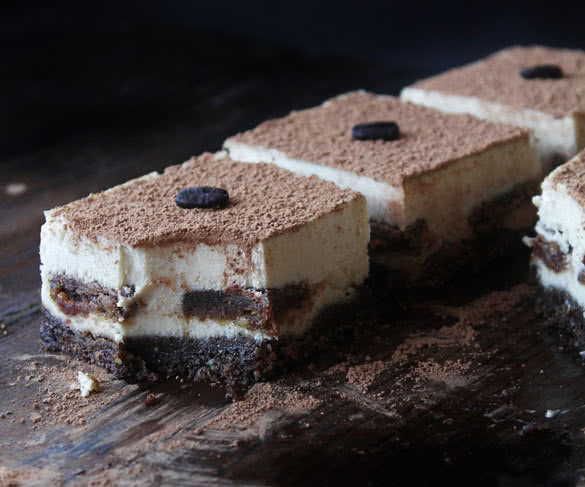 Raw foodists vs. the rest of the world

When raw foods first started catching on, it was often (not always!) a very exclusive movement – you were either in or you were out. If you ate more than 80% raw foods you could consider yourself a raw foodist, but many times cooked foods and heaven help us all, animal products, were frowned upon.

Part of this was because some raw foodists were convinced that raw foods were the healthiest diet on the planet, others were convinced eating animals, or animal products, was wrong. Today there are still many who believe this to be the case, but they accept that other people may have a different view.

Ingredients for the cashew frosting

Ingredients for the cake

Blend all ingredients in your high-speed blender until smooth, adding as little water as possible., Taste it – mmm.. Put in a bowl and set aside. 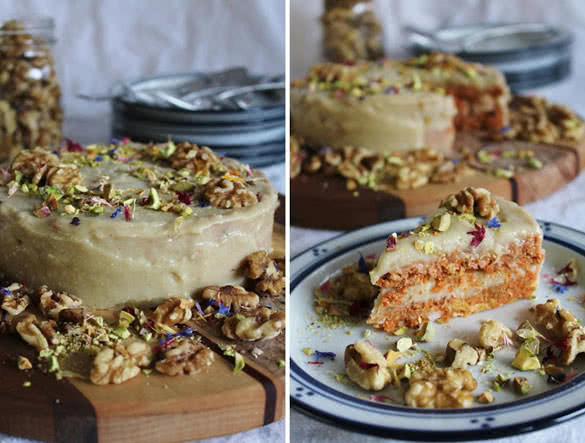 All Question Answered About The Raw Food Lifestyle

The change in perspective

Many raw foodists who were vegan have acknowledged that switching to a vegetarian raw diet has been better for them, or even essential for their children.

Another thing is that if you are 100% raw all the time and eat cooked foods, you can actually get sick, so people are a bit more lenient with eating it ever so often, so as not to get poisoned if they, at some point, taste something cooked. For many, it’s also easier to stay on a mainly raw food diet if they can have some cooked foods, as it’s easier to feel deprived and fall off the bandwagon altogether if you don’t allow yourself any indulgence at all.

It has also become widely known that being 100% raw is difficult for your social life as you can eat and drink very few of the things offered in restaurants and at friends’. However, if you live in Los Angeles and certain other places it is easier as more people follow a raw food diet. Many raw foodists feel fine with the 80-20 rule though and happily eat whole foods on various occasions.

As curiosity peaked around raw foods and the dogma disappeared, more and more raw restaurants or restaurants offering raw items on the menu open up, so a lot of people try them out and start incorporating raw foods into their diet. 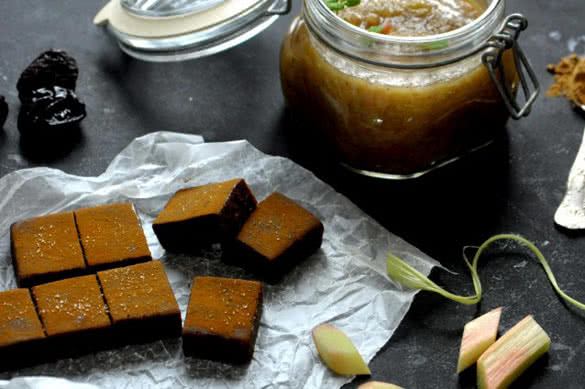 Many people eat raw foods because they believe it’s the healthiest diet. Others argue that eating a little bit of cooked foods with the raw foods is better, as it seems some people actually get sick or lethargic from eating only raw foods. This could be because they don’t know how to balance their diet properly or because their body can’t handle it. No one really knows.

What remains true for most though is that in the beginning, switching to eating a mainly raw foods diet seems to leave people feeling more energized and happier (after about two to four weeks of feeling weird when the body is adjusting and, presumably, detoxing).

The problem is likely to occur if a person keeps eating only raw foods and doesn’t get the balance right, leading the body to become depleted of certain nutrients. The downturn can also be because if you eat raw foods only, you become extremely sensitive to chemicals. Your body is clean so it finds it harder to deal with toxins.

Just like an alcoholic can drink a lot more than the average person, so can a person eating small amounts of toxins withstand them better. A raw foodie can literally get high on eating cacao if he or she doesn’t eat it every day, as the body is so sensitive to stimulants.

Another thing you should know is that if you eat only raw foods, chances are you will experience something akin to euphoria. Many raw foodists report this feeling, which, they say, feels spiritual. This is also the reason some stay on a 100% raw diet.

Often, in the midst of this debate of “raw or not” a few other debates erupt. One is the previously mentioned vegan-vegetarian-pescatarian-omnivore diet debate – which is the healthiest?

Dairy and gluten are also heavily debated in the midst of all this and the Paleo and GAPS diets often mentioned. Then to top it off, some people argue we have adapted through the years to certain foods and you should stick to what your personal ancestors ate.

An Eskimo who is used to living off something like 80% whale meat may not fare well on a vegetarian diet. Like-wise, something like 70% of Scandinavians can break down cow’s milk properly, as opposed to about 30% of Americans (if I understood it right).

I love eating this for breakfast with lots of fresh fruit. Stir a handful of oats in there and you’ve got yourself a fairly hearty morning meal. Also, this pudding evokes that slippery tapioca-like quality that is either love or hate. Just keep that in mind 🙂 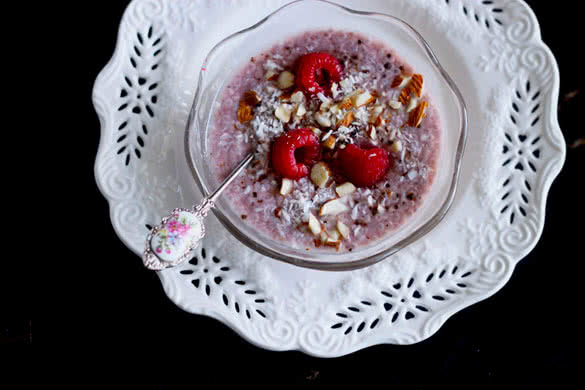 Raw Food Diet and how it affects life expectancy

One day, out of curiosity, when I was being overwhelmed with conflicting ideas about what to eat and what not to eat, I started googling average life expectancy to see if it was lower or higher de-pending on a high meat vs. a big carb (especially grains) intake. I was also curious to see if gluten played any role in it.

Of course, you also have to take into account exposure to chemicals and radiation, as well as civil unrest. Then there is the question of exercise and general fitness, sleep patterns, exposure to enough sunlight, alcohol consumption, smoking, sanitation, access to proper medical help, stress, DNA and a few other things; none of which I have a clue about.

What’s more, we can assume that the people who are 90 today were raised on a mainly organic diet free of processed foods, meaning what people eat today might lead to a very different life expectancy in a few years’ time. Even with these unknown variables, I found it interesting to see if there could be some correla-tion between life expectancy and diet in any way. 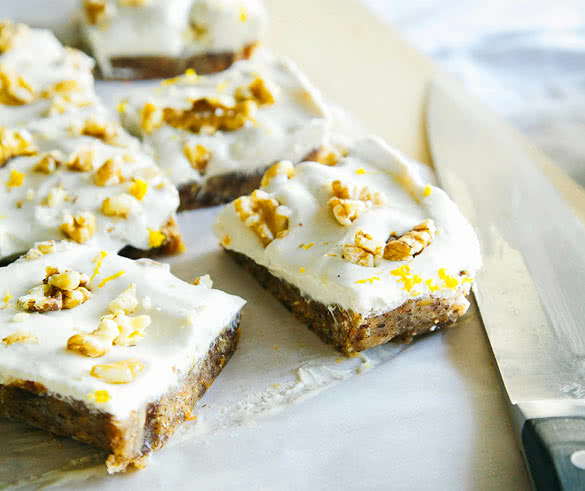 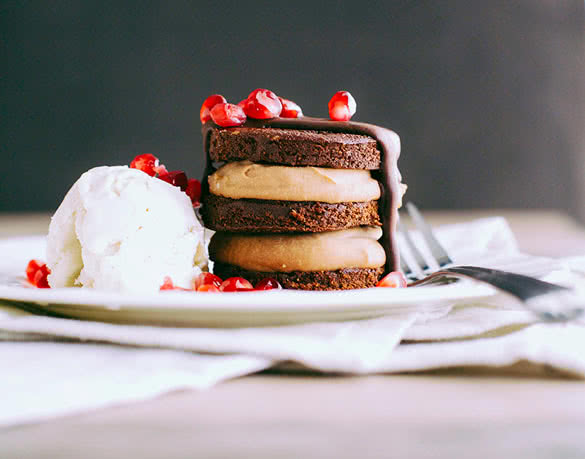 Do you like smoothies? In that case you are in for a treat. An easy way to incorporate raw fruit, veggies and berries into your diet is a smoothie. Here’s how to make a great smoothie:

If you want a smoothie that’s a bit of a treat and you have a Vitamix or something similar, blend together the white meat of a young coconut with some of the coconut water, add berries and a bit of raw honey, agave, or maple syrup. Or mix the coconut meat and some of the water with pineapple and a banana to make a virgin Pina colada.

I find that a smoothie, even with protein powder in it, only lasts so long. Within two hours I’m, in-variably, hungry.

At this point, if you want to keep it raw, have some raw granola (available at Whole Foods amongst lose weight foods) with nut milk or yoghurt, or a sandwich made with sprouted bread – I like the type that’s still very gooey in the middle, but there are regular versions as well that are dry (available at Whole Foods and health food stores) – and either raw nut butter, raw cheese (unless you are pregnant) or avocado mixed with lemon and herbal salt.

You could, alternatively, have some chia seed pudding or a raw sandwich wrap (using salad as the “bread”).

Also read >RAW FOOD DIETS – WHICH ONE FITS YOUR LIFESTYLE?

BEGIN WITH THE RAW FOOD LIFESTYLE AND ENJOY A HEALTHY DIET

EATING RAW FOOD IS IT GOOD OR BAD FOR YOUR HEALTH?